What causes Down syndrome?

Down syndrome is a genetic condition caused when cell division results in an extra full or partial copy of chromosome 21. The medical term is Trisomy 21 due to the triplicate copy. This extra genetic material causes the developmental delays and physical features associated with Down syndrome. There is no known cause or cure for Down syndrome. Chances of having a baby with the condition are increased with maternal age. However, a majority of babies are born to mothers who are under 35 years of age.

What are the different types of Down syndrome?

Mosaic Down syndrome is noted in about one percent of individuals. In this case, some cells have 47 chromosomes and others have 46 chromosomes. Mosaicism is thought to be the result of a random happenstance in cell division soon after conception.

How do children with Down syndrome develop?

Children with Down syndrome may be shorter in stature and their physical and cognitive developments may be slower than their typically developing peers. There is a wide variation in cognitive abilities and developmental progress in children with Down syndrome. Also, they meet their developmental milestones more slowly and language development can be delayed. It is important to note that a caring and enriching home environment, early intervention, and inclusive education efforts all have a positive influence on the child’s development. 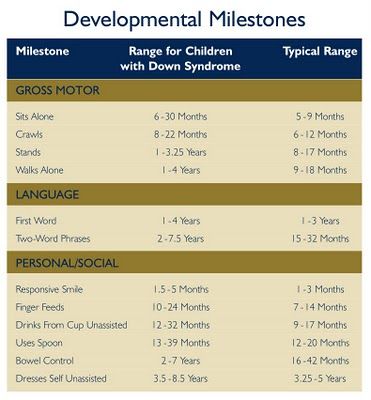 What kind of information can be provided through genetic testing?

What health concerns are often observed in people with Down syndrome?

The American Academy of Pediatrics published Down Syndrome Healthcare Guidelines to help families and physicians know when, why and how to screen for common medical conditions.

There are a lot of misconceptions regarding Down syndrome. Down Syndrome Innovations strives to provide accurate and up to date information to help debunk outdated myths and stereotypes that exist.

Did you know?
People with Down syndrome… 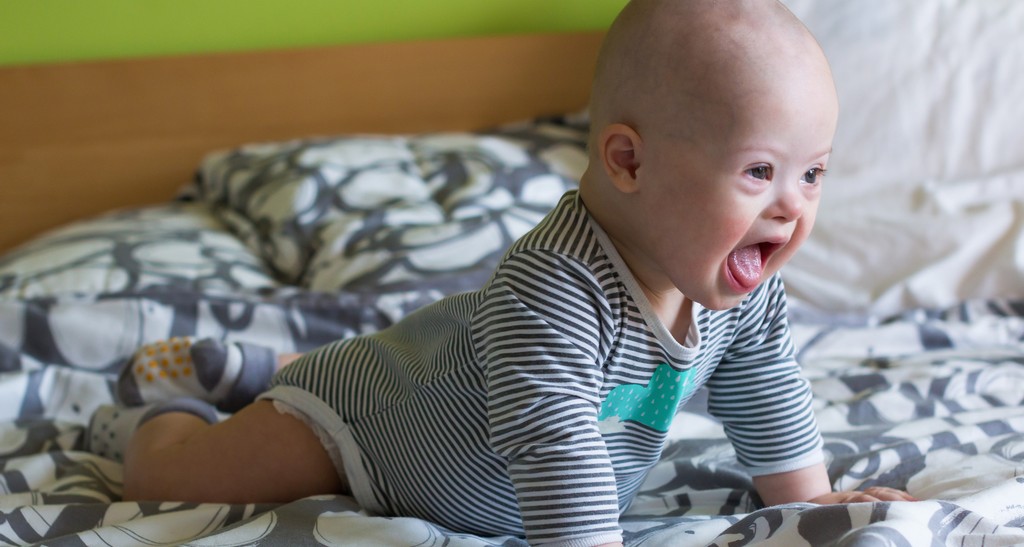 Down syndrome is the most commonly occurring genetic condition at 1 in every 800 births. Down syndrome occurs in people of all races and economic levels. More than 250,000 people in the United States are living with the condition.  DSG welcomes approximately 50 new babies each year. Down syndrome is not a disease and people do not suffer from it. They are born with Down syndrome and will have it their whole life. They cannot give it to someone else and they cannot be cured of it.

Common physical traits of Down syndrome include low muscle tone, small stature, almond shaped eyes, and a single deep crease across the center of the palm. Every person with Down syndrome is a unique individual and may possess these characteristics to different degrees or not at all.

People with Down syndrome experience cognitive delays in the mild to moderate range. It’s important to remember that IQ is not indicative of the many strengths and talents that each individual possesses. Individuals with Down syndrome are achieving at levels we never once thought possible.

Quality educational programs, a stimulating home environment, good health care, and positive support from family, friends and the community enable people with Down syndrome to develop their full potential and lead fulfilling lives. People with Down syndrome are attending college, marrying and working competitively in their communities in increasing numbers.

There are a lot of misconceptions regarding Down syndrome. DSG strives to provide accurate and up to date information to help debunk outdated myths and stereotypes that exist.

Did you know?
People with Down syndrome…

Are living in their communities with some support

Are often fully included in school with their typical peers

Are going to college more frequently

Enjoy healthy relationships and some get married